Nothing beats the Tour Eiffel at night. 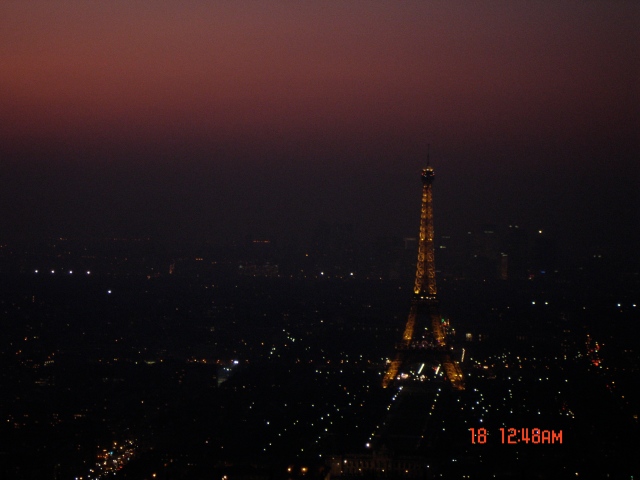 I wish I could say the same for climbing the Eiffel Tower; in my opinion, it’s actually a bit of a disappointment.  I wasn’t going to climb the Tower (I tried on the first day there, but they had to evacuate it for a still-undetermined reason), but over the course of the weekend I convinced myself that a trip to France would be incomplete without it.  I was wrong. If I could redo any part of my trip, I’d have back the 3 hours I spent waiting and spend them wandering the streets of one of the Islands.

For starters, the line is long.  If you can get past the long line, you better have patience of steel for the heckling. I’d consider myself a pretty tolerant person, but when you have a homeless person tapping you on the shoulder every five minutes asking you for money, it gets a bit tiring.  There’s one big group that knows the Tower is a magnet for tourists, so they make rounds there every day. Most dress in the traditional Bosnian dress, tap people on the shoulder, and ask if they speak English (knowing full well that 96% of the people underneath the Eiffel Tower speak English).  If you say yes, they shove a piece of paper in your face and say, “Read”.  The paper says something to the effect of “I am from Bosnia.  I have no money, and I have one son and one daughter at home.  They need food.  Please help me.”  Normally, I’d be moved, but each lady in this troop—and there’s about forty of them—has the same letter. The first time I was approached by one, and I shook my head saying that I didn’t have any money, she said “Bitch” and moved on. Clearly, she doesn’t know English….yeah right.

So you wait in line being approached incessantly by both Bosnian con artists and people trying to sell you little Eiffel Tower keychains (quick side note: each one of these vendors says that he has his towers at the “reduced price” of one euro).  When your turn finally arrives, the price is steep.  They offer two options: (1) an elevator ride from the ground level. 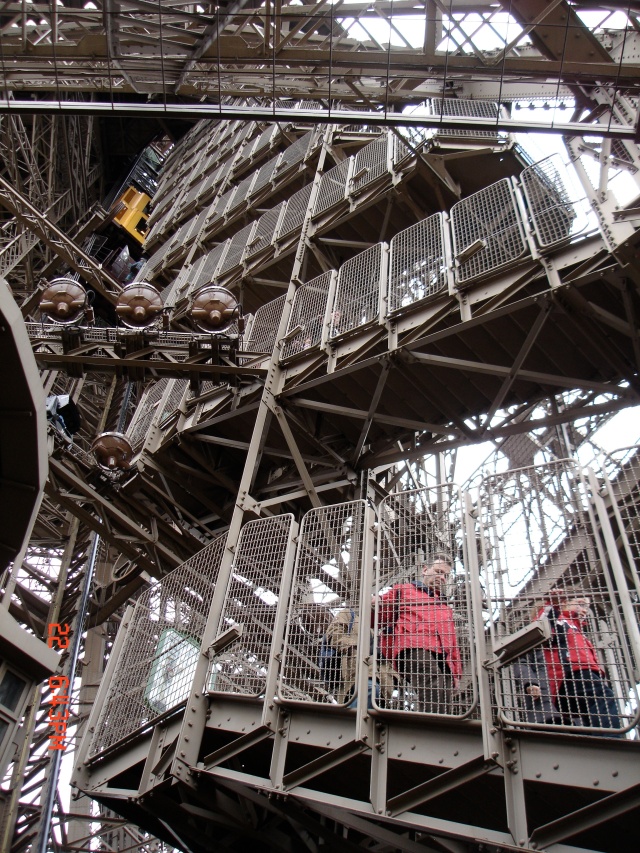 Once I climbed up to the second level, however, I learned that they had just closed the top level (again for an undetermined reason).  Great.  I tried to make the best of it and enjoy the second level, but they decorated it to have this Antarctica theme, and it makes no sense whatsoever.  I don’t know about you, but when I think of France, I definitely don’t say to myself “Man, I’ve got to see the plastic penguin atop the Eiffel Tower…”

I think the Tower, in all its mystique and beauty, is best viewed from afar. 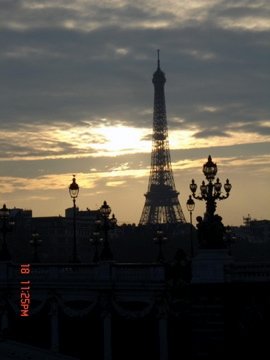 I'm a 25-year old living & working in the ol' Windy City while chipping away at my bucket list. My blog chronicles my adventures :)
View all posts by Aimee →
This entry was posted in France, Travel - Abroad and tagged Eiffel Tower, Paris, Study Abroad. Bookmark the permalink.