Last week, I worked remotely from the Quad Cities, the group of cities that straddle the Mississippi River along the Illinois/Iowa border.  During the day, of course, I was tied up at work in Rock Island, but in the evenings I was able to explore a new state.

If I’m being honest, I initially forgot that I had never been to Iowa.  I guess I just assumed that I had!  Once the blonde moment had passed, though, I used my after-5pm  hours to live it up in good ol’ Davenport.

You know, since the people of Iowa welcome me……I  just made myself at home.

My friend, Chase, had heard that Iowa Machine Shed–a restaurant “dedicated to the American Farmer”–had great pork chops, so this was our first Iowa stop.  The machine shed is decorated with farm tools and devices from the turn of the century.  From the amount of gadgets on the walls, the restaurant was actually part museum, allowing you to  familiarize yourself with the heritage left by some of the early farmers.  I ordered the Double Cut Iowa Pork Chop, which was as big as my head!  It was delicious, but at the end of the day…Pork Chop: 1, Aimee: 0.

Other Iowa haunts included Front Street Brewery, where we sampled the house beers while waiting for some friends to join us for dinner.  My favorite was the Raging River Ale, a hoppy amber.  Chase, on the other hand, liked the lighter Old Davenport Gold.  This is the only brewery that I’ve ever seen put cherries in their beer–try the Cherry Ale to get in touch with your inner Shirley Temple. 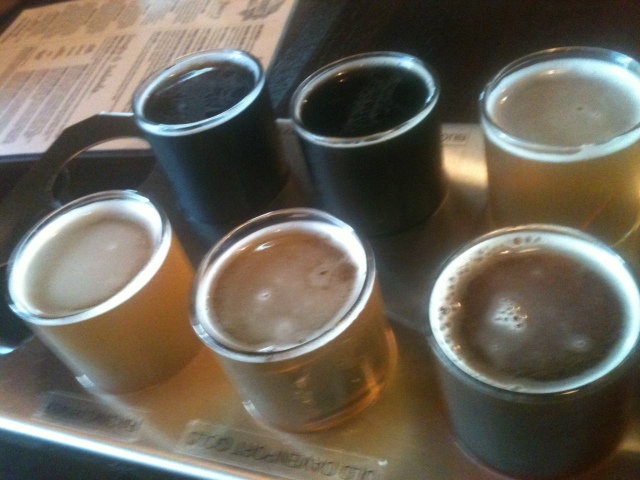 Although technically not in Iowa, on Wednesday, we went to see the Backwater Gamblers Waterski show.  The Gamblers are a competitive waterski team that open their practices to the public on Sundays and Wednesdays, asking only for donations halfway through.  Born and bred in a waterskiing family, I was like a kid in a candy shop.  Someone sign me up so I can learn these tricks! 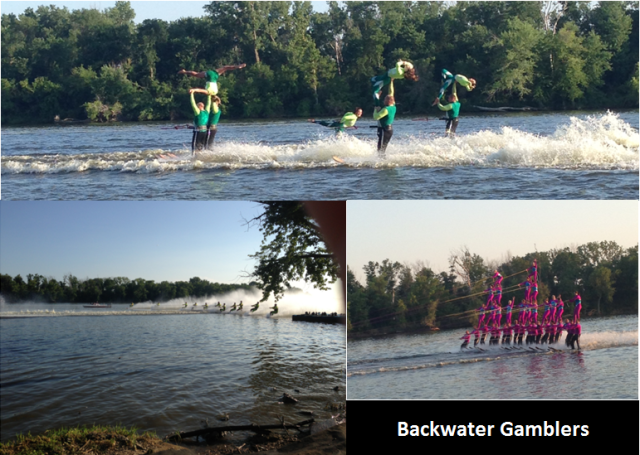 On our last night in the Quad Cities, we went to Barrelhouse 211 and Great River Brewery, where I enjoyed the Roller Dam Red Ale.  My friend helped add to my stately pint glass collection.  Check out Iowa: 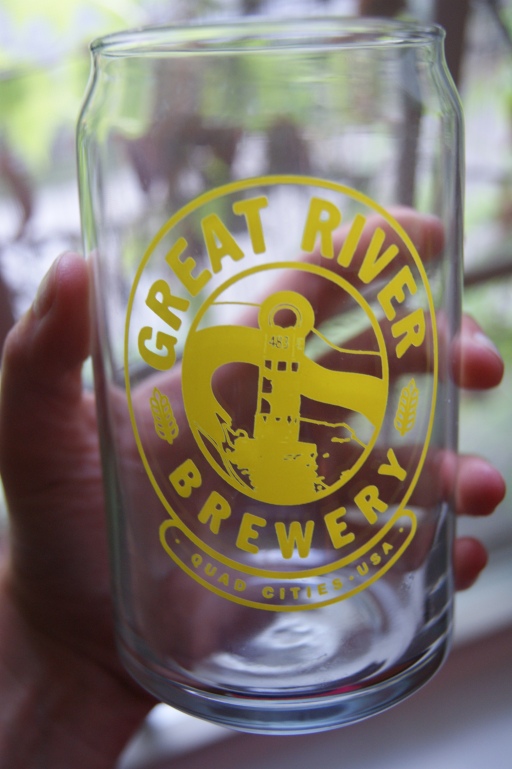